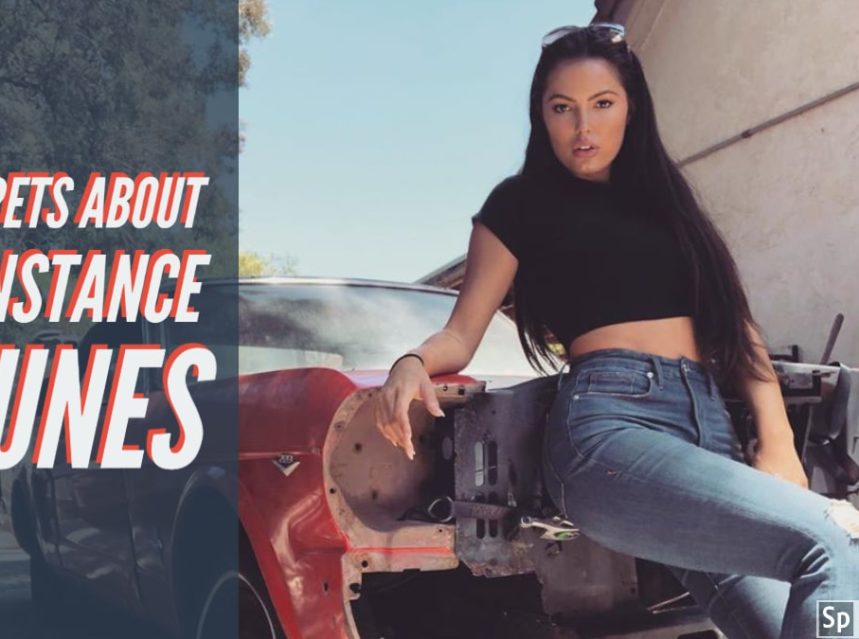 You might have watched the popular Netflix Series known as Car Masters: Rust to Riches where few experts transform the old car models into beautiful masterpieces. Out of those guys, there’s a beautiful girl who has made herself as Constance & Gotham Garage. So without wasting your time, let’s share some interesting facts about her 🙂 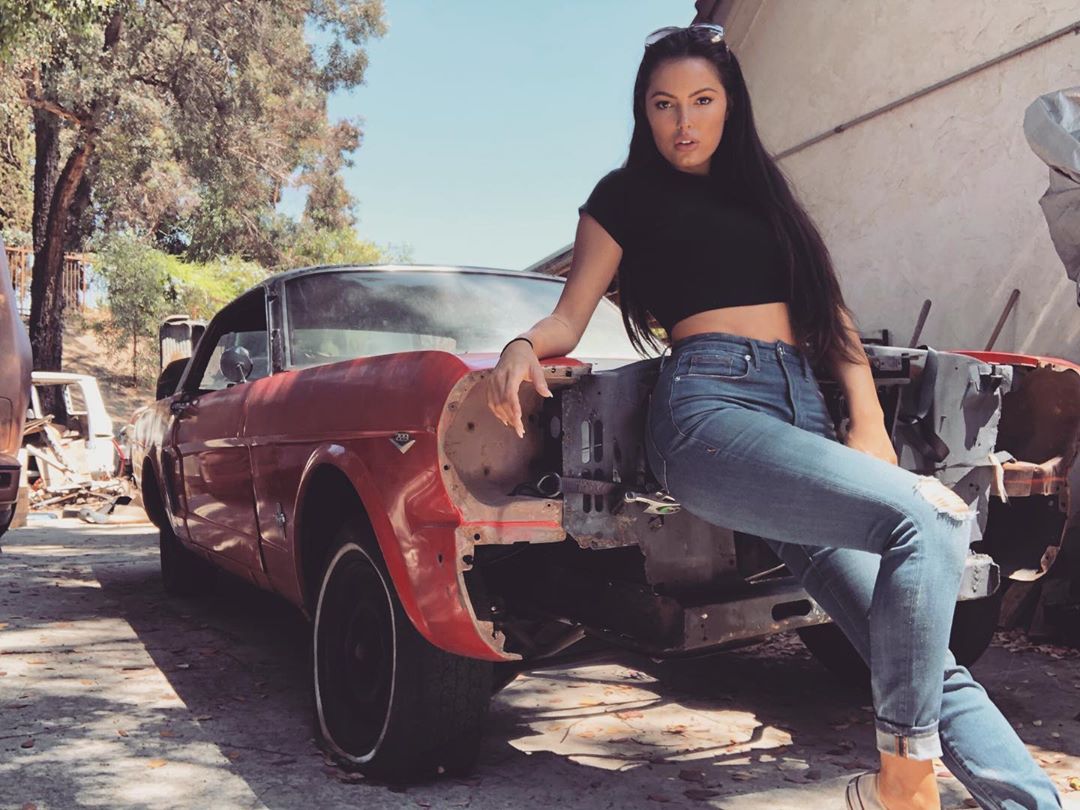 Nunes has more than 10 years of experience in the automotive industry. We know this may sound absurd but many of the folks who still haven’t watched her show Car Masters: Rust To Riches may doubt her expertise! The straight fact is that Constance Nunes understands and feels cars way better than any other counterpart. Nunes used to learn about cars from her father since her childhood. She has her own Garage where she tunes and transforms beautiful muscle cars. It is worth to mention that she started her career as a Model in Car shows. 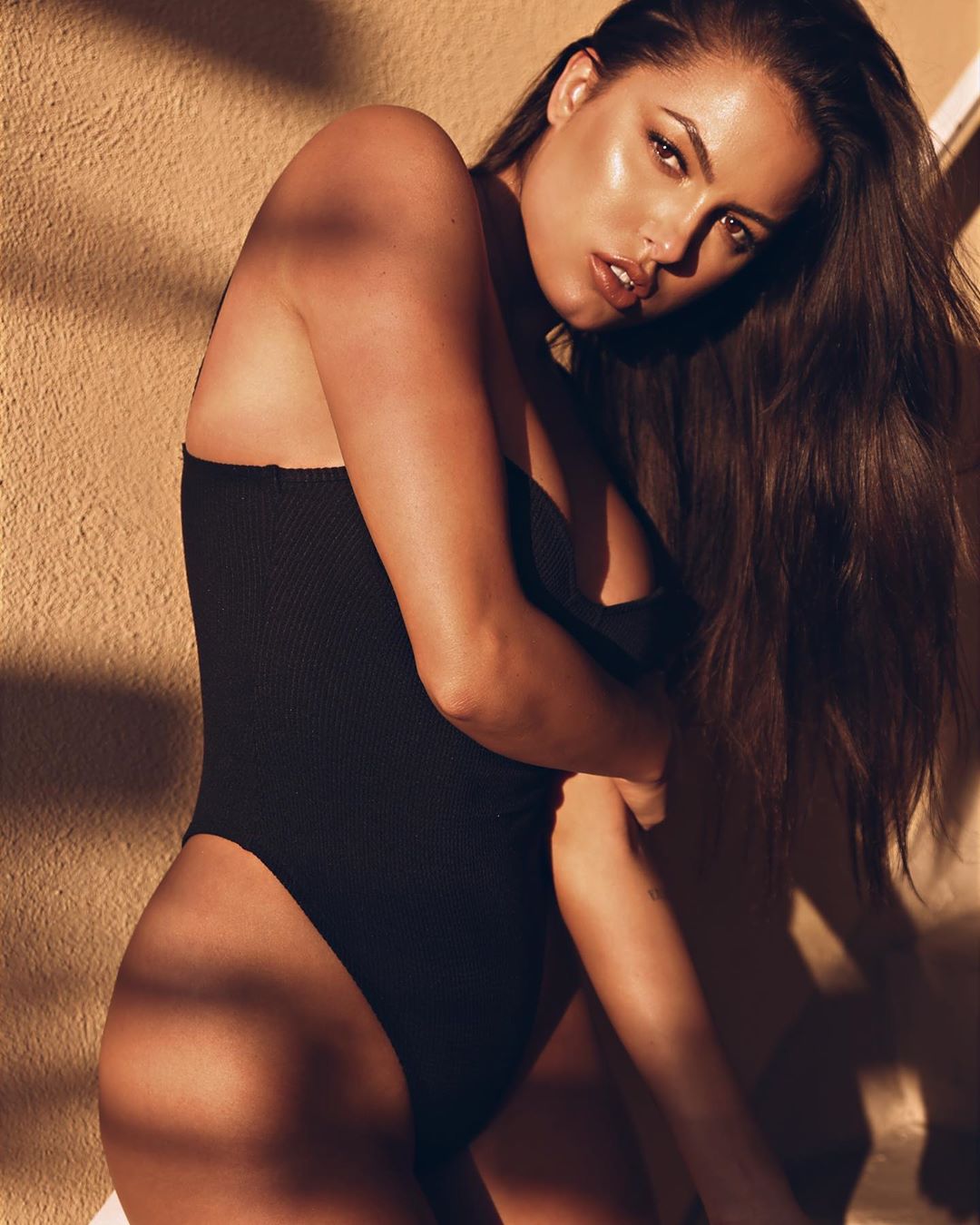 Nunes is of Portuguese Descent and that explains her beautiful brown tan and hair texture! Presently she resides in Los Angeles, California. It is generally said in order to enter into mainstream media i.e. Hollywood a person should have contacts but Constance had her modeling skills and car restoration skills which add a great contribution in her presence.
Advertisements(Ads by Google): 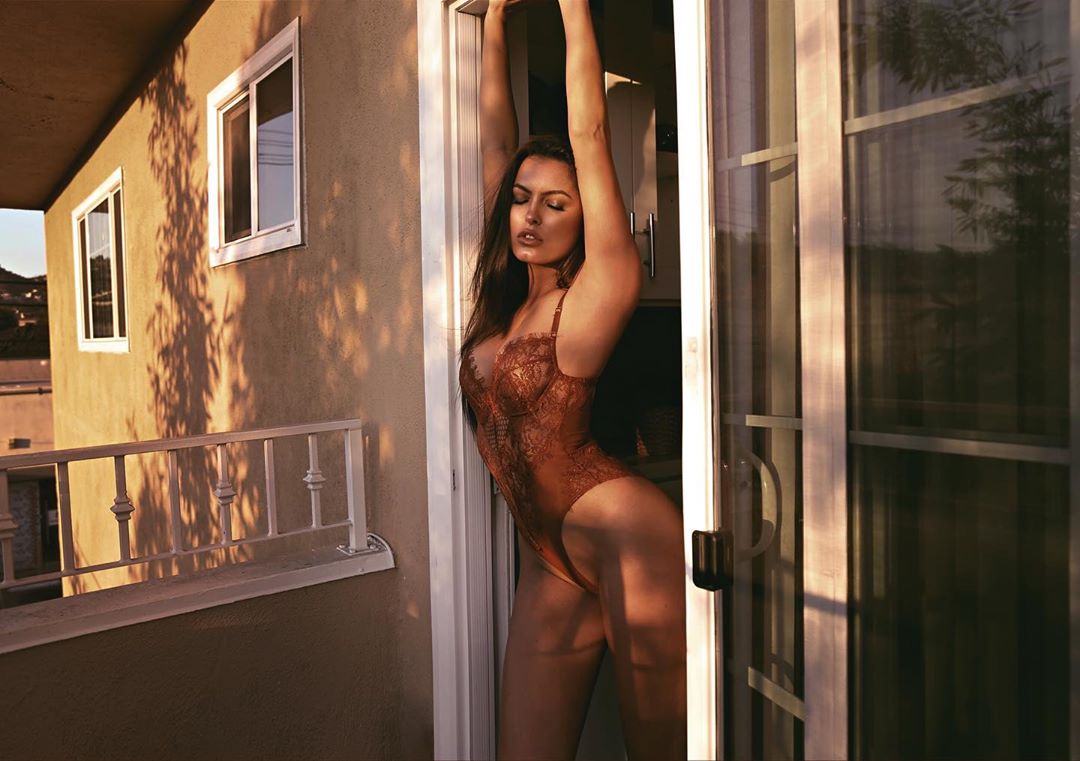 The beloved beauty not only rules in Automotive Hearts but in Fashion Industry as well. Constance has got a very impressive portfolio of modeling by working for famous brands such as Wrangler, Jockey, Javanan Magazine etc. She is one of those bold models for showing her beautiful skin in an admirable way. She regularly posts her pictures on her official Instagram account. Furthermore, you can witness her beauty on the official website also. 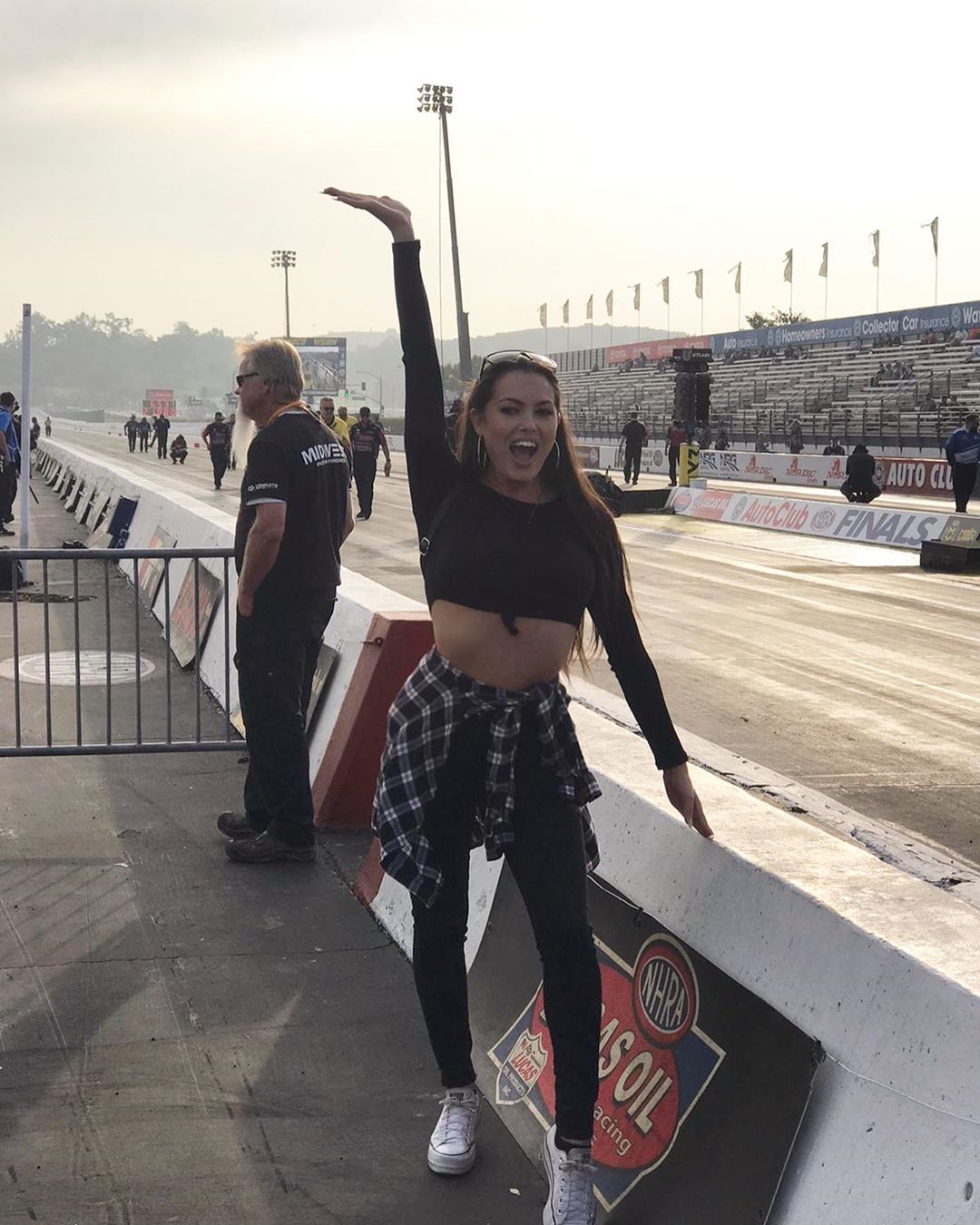 That may seem surprising but she has done good numbers of stunts in various Hollywood Movies. Before joining Gotham Garage Constance was part of a stunt group in movies such as Dodgeball and Bring it On. One would say she has got that physique to show stunts in a spectacular way!

When she started her official account on Instagram, fans showered love with rapid following exceeding more than 100k. Not only Instagram but on her YouTube Video channel also people went crazy for her beauty and dedication to her work. It is worth to mention unlike other models, she shared valuable content on her social accounts.
Advertisements(Ads by Google): 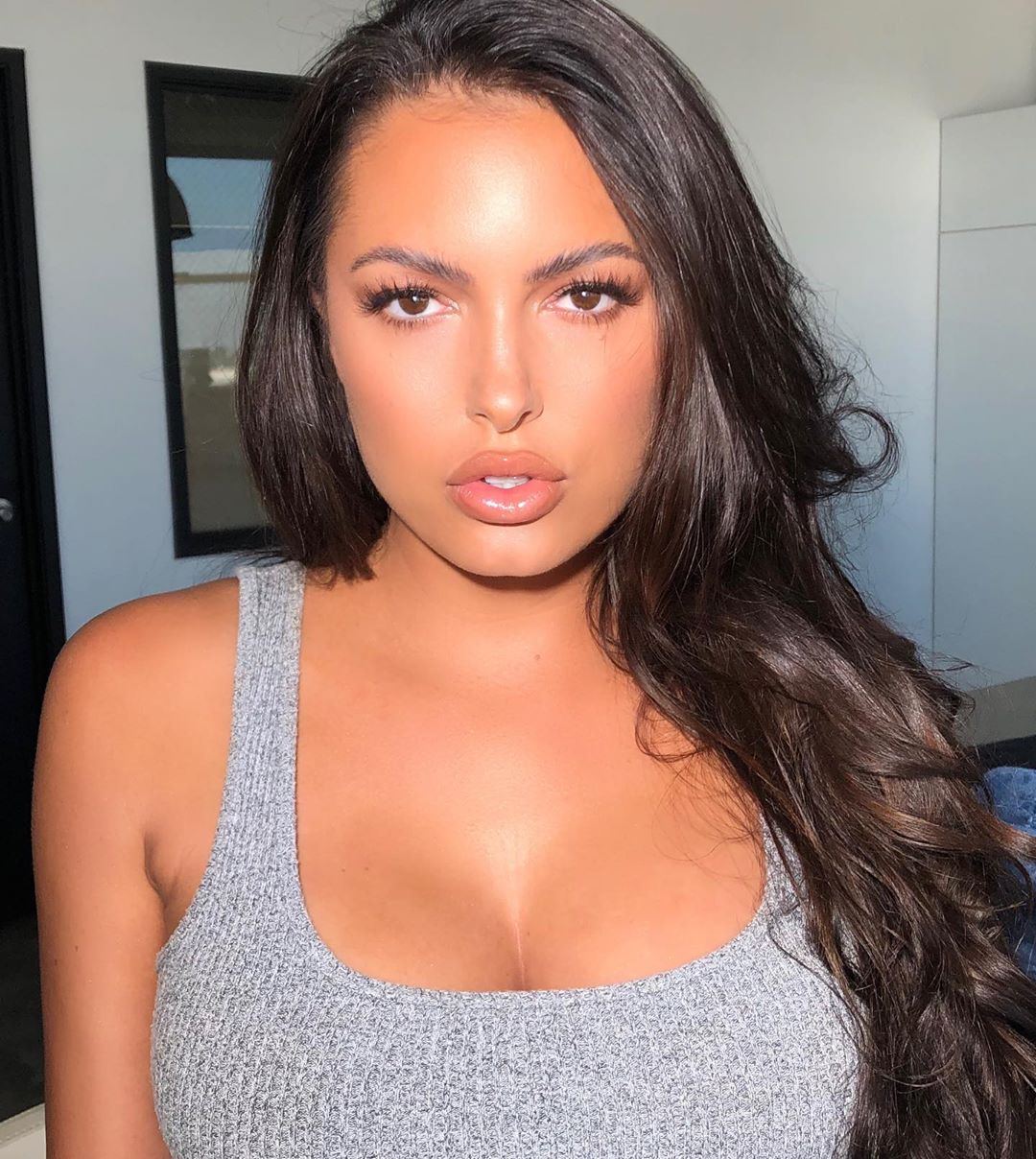 When you see her social media content filled with beautiful alluring photos, you’d feel Nunes has got skills. however, in her recent interview, she revealed she doesn’t find comfortable with selfies and the pics which she chooses to share are a result of countless efforts in front of the camera. Nonetheless, we feel her picture is great and she is perfect in front of the camera lens.

Being a model with 100K+ followers is a sure thing to have mad followers with cheesy pickup lines. She says, not a single day has passed when people didn’t have asked her out or tried their luck with cringy pick-up lines. We wonder how she would be stopping such stalker people.
Advertisements(Ads by Google):

Nunes is very serious about driving etiquette. She doesn’t like all those people who don’t obey lane rules, driving speed & parking manners, etc. Even though she has a Mustang termed as “Babystang”; she doesn’t show off unnecessary hooligan like driving attitude and that’s the best part of her. Once she had tweeted that if she gets a chance, she’ll arrange driving lessons for all LA drivers 🙂 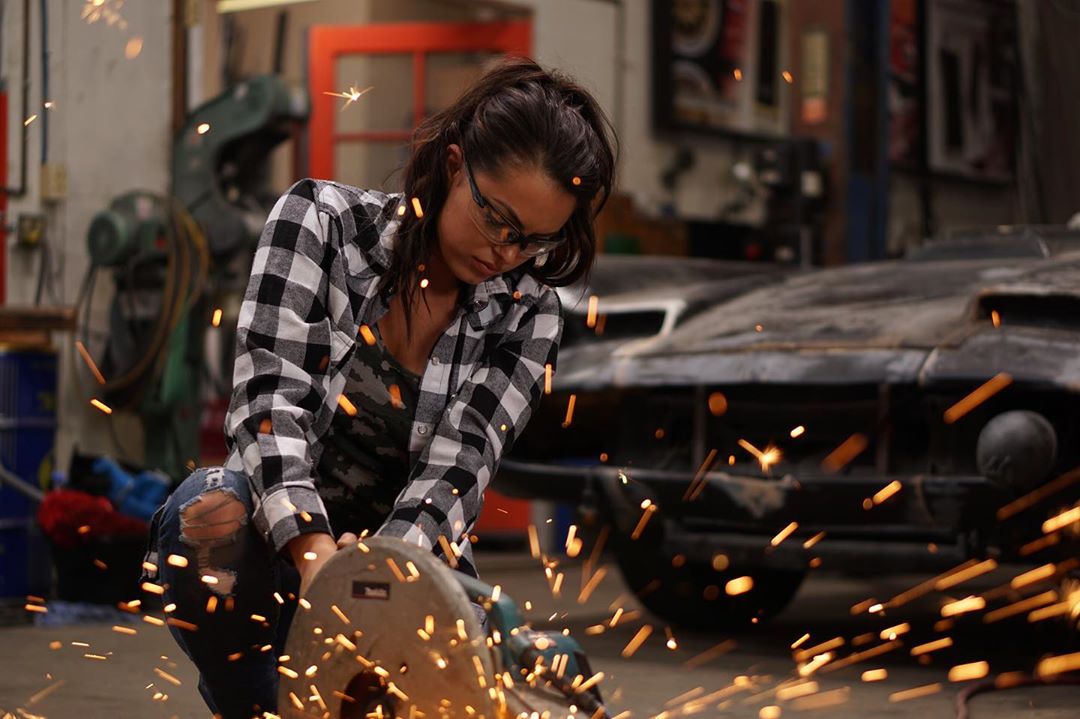 As we discussed, she is having great experience in car restoration, she makes most of her time in Gotham’s Garage! in fact during her free time, she engages in modeling projects. By watching Car Masters Episodes video, one can imagine she is definitely a hard-working girl. 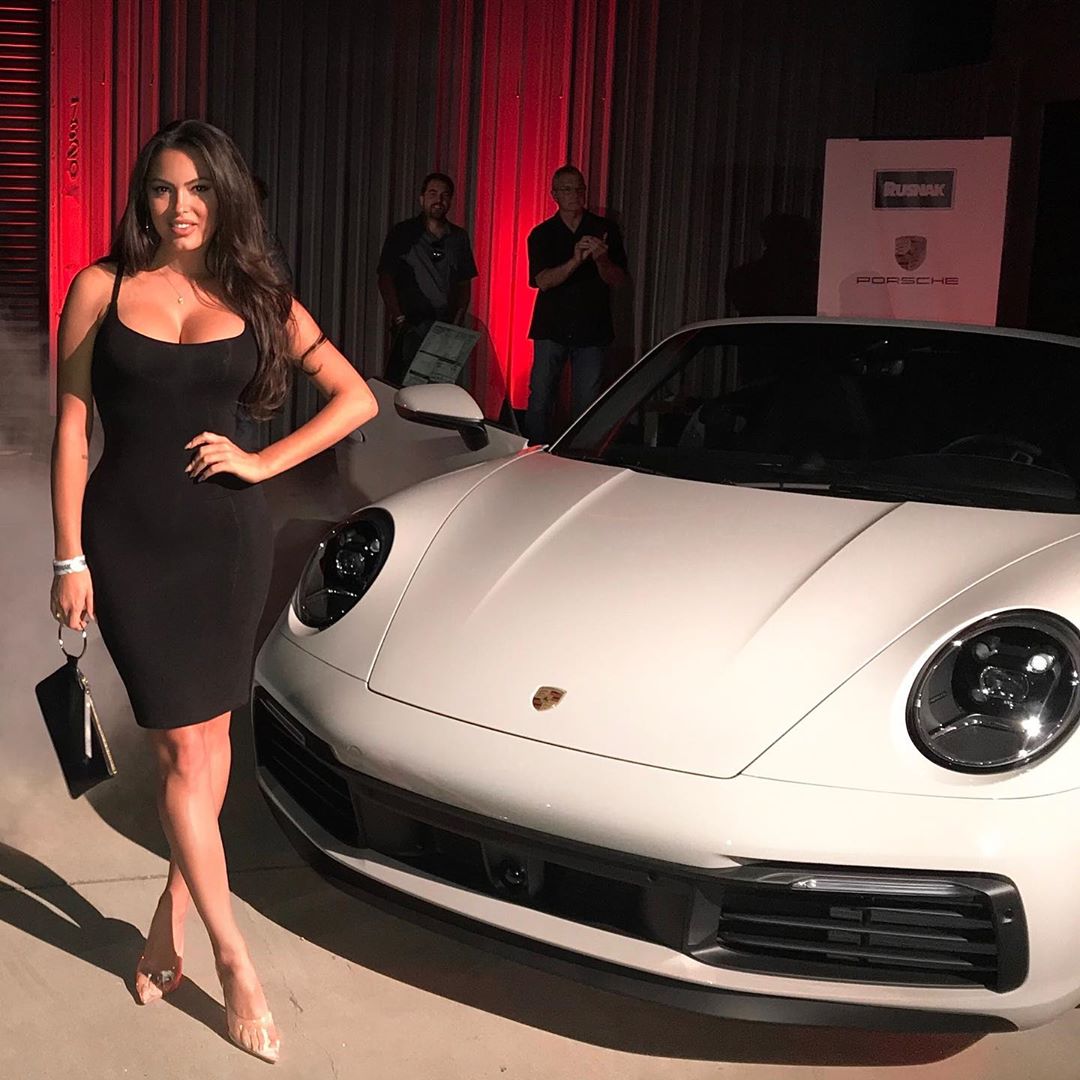 Though Nunes works in lot of Projects such as Engine expert in Gotham’s Garage and Fashion modeling, she has got an entrepreneurial mindset. She owns her own car customization garage where she configures cars during her own time. This definitely shows her true love for cars. 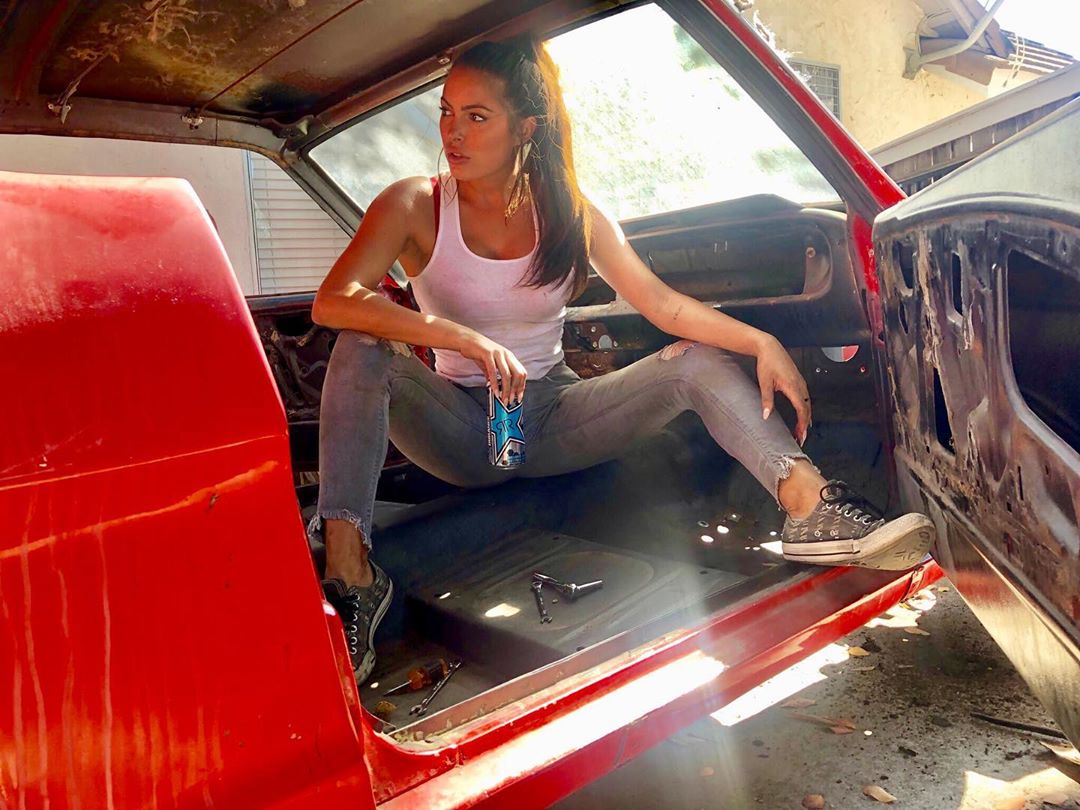 This may seem absurd, but she has vast experience of working for Top Automobile companies such as Acura, Audi, BMW & Ford, etc. Having exposure to both U.S and German automobile market has leveraged her to be one of the rising celebrities in the Auto industry. 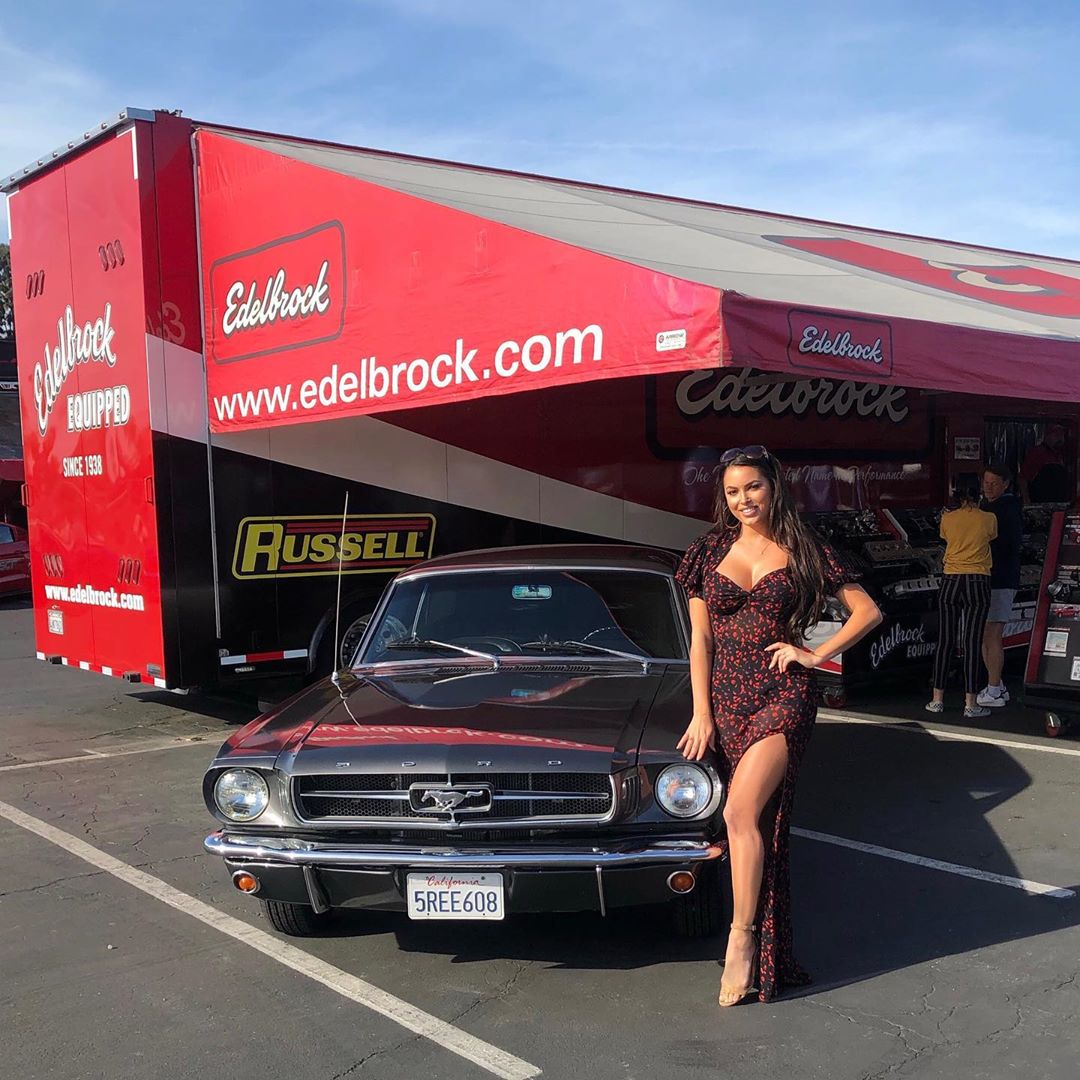 When she was sweet 16, unlike other teenagers she didn’t do anything rebellious. She dedicated her efforts and attention to restoring a 1964 Mustang to which she lovingly calls as Babystang. Her passion for the babystang is so much she spends almost daily an hour to make sure it’s always in original condition. 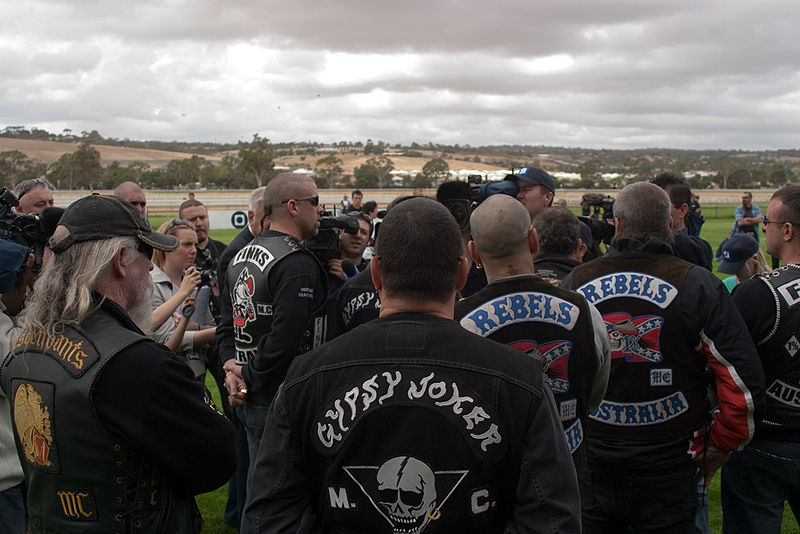 I know this is one of the most sought out questions after her Bikini Shoot in Maxim. The answer is – She likes Bad Boys! In one of the videos of her interview, she said to like those guys who pull up in a muscle car or dirt bike with body tattoos and Metallica t-shirts. 😉 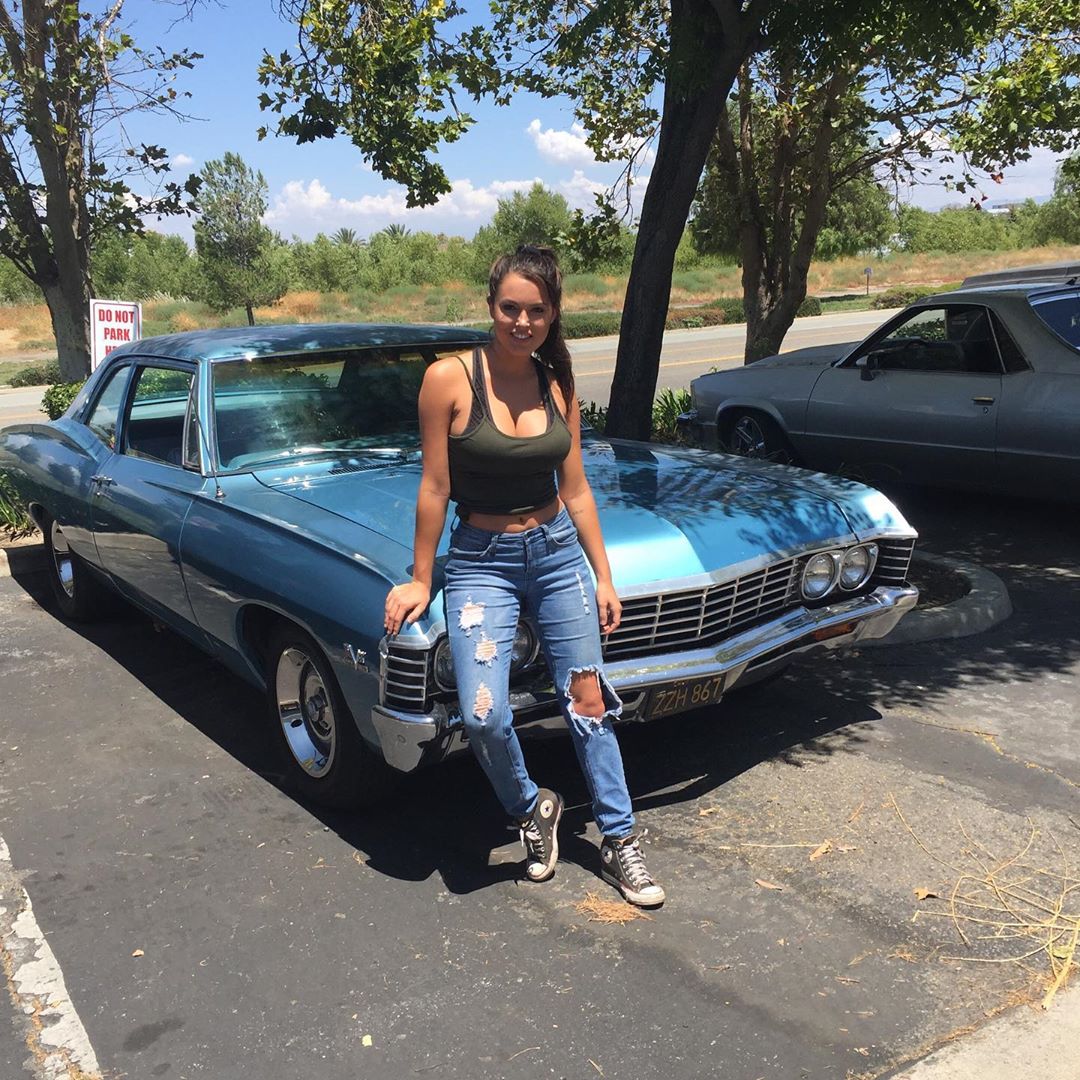 Well, this is something for which we all would admire her! She doesn’t like to hold her feelings and being open expressive she ensures nothing is hanging in dilemma. If she likes any guy, she’ll approach him and ask him out or buy him a drink. That’s the perfect Girl, guys would like to meet!

By looking at Nunes’s physique and beautiful hourglass body shape, anyone would admire her dedication to a strict diet and workout schedule. But she also likes to have her own cheat food days at home.

Yes, that’s right, she is completely a super cool girl with more strong personality than a guy. She has appeared in Kia’s Superbowl commercial as a background artist. Additionally, she has also worked in other gigs such as Reebok, Motorola & Kim Kardashian Hollywood Game commercials. 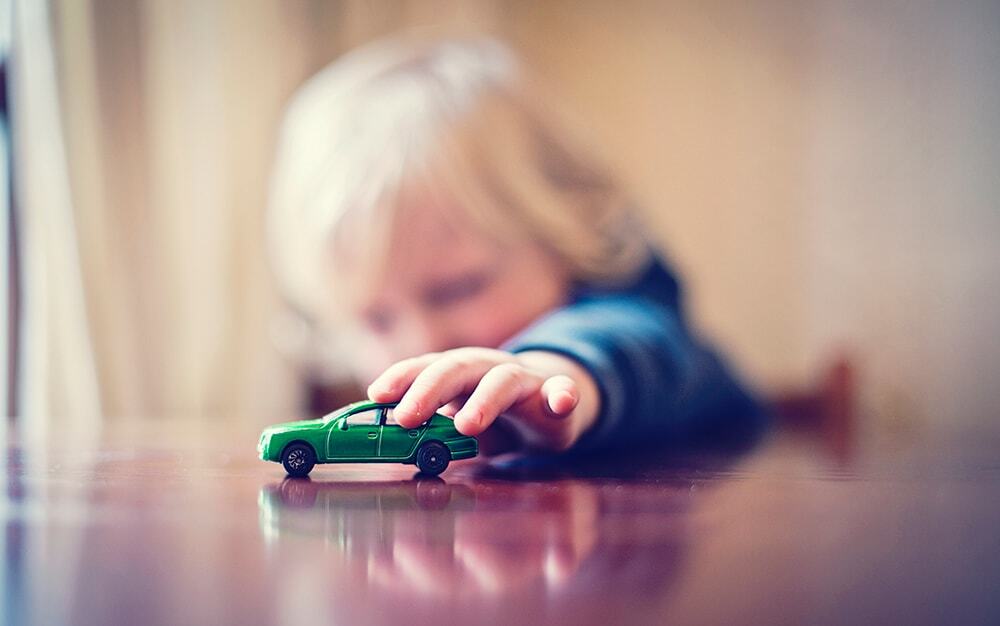 Constance Nunes loves her dad a lot not only for his caring but his passion for the cars as well. From childhood, she joined her dad in a drag race and she used to work with him in his garage. It is that same moment when her dad brought her the babystang and since then it’s been darling of Nunes. 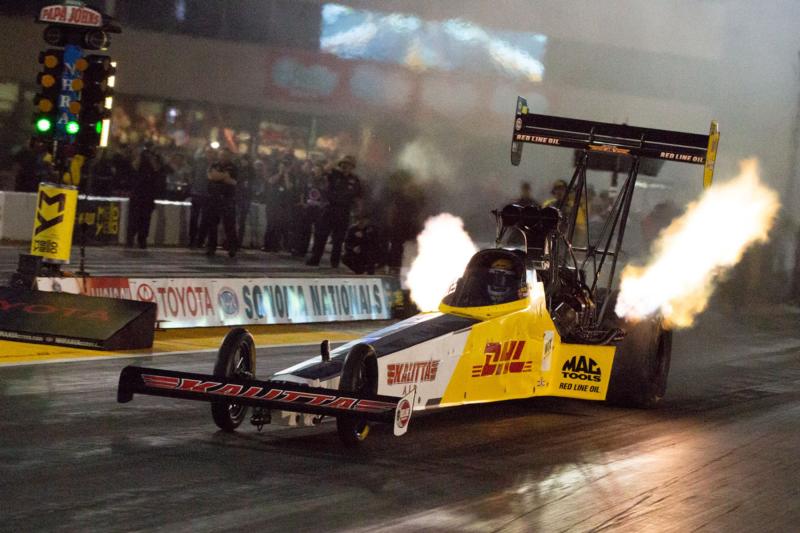 If you have got a girl, you’d take her to a fancy restaurant or party for a date but for Constance, it should be a Drag Race or a Monster Truck Alley. Well guys, now you know how to make her feel special! 😉 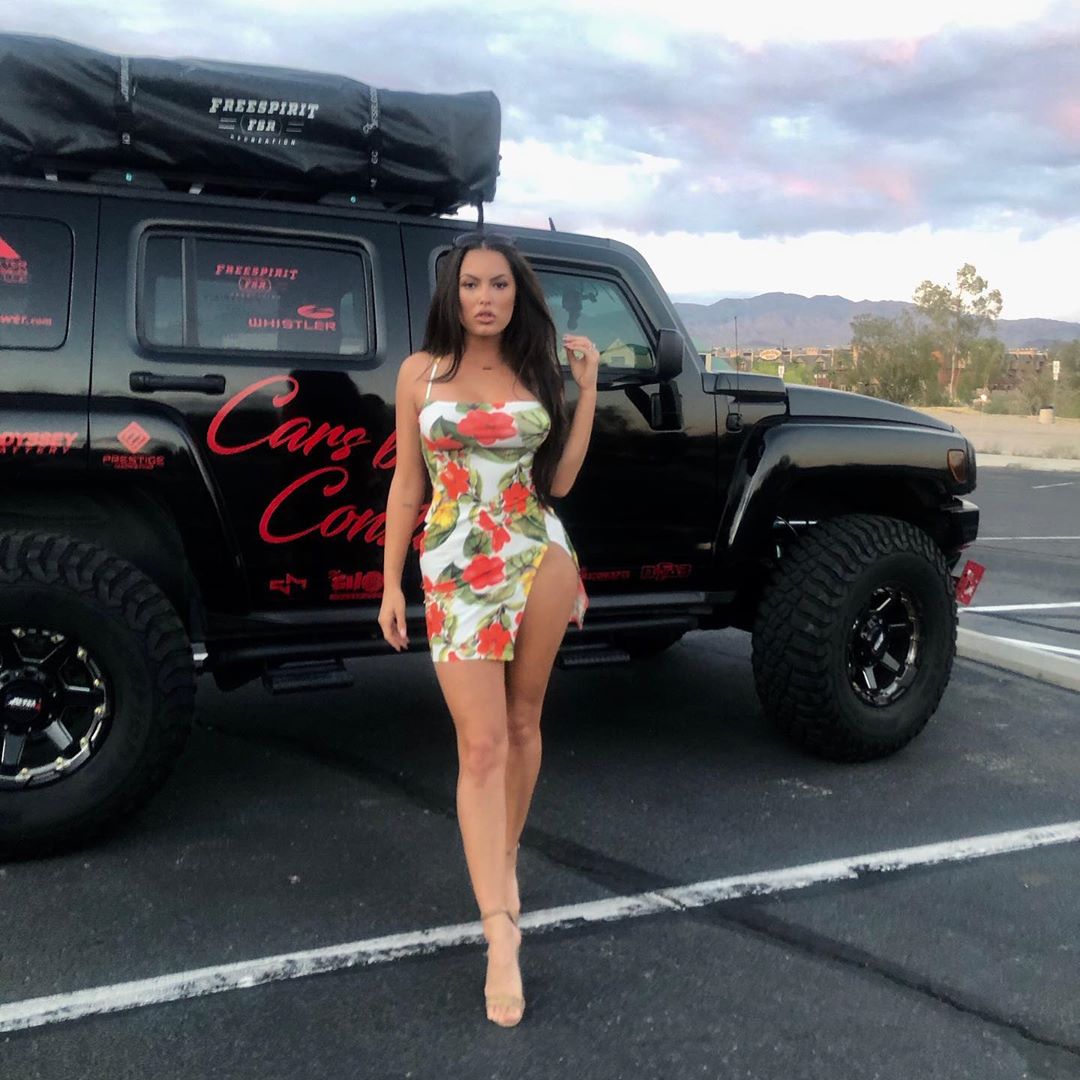 Though Constance has shown very good dedication for the work in Mark Towle’s Garage, one would presume she works only for this car restoration shop. In reality, she has expanded presence in other custom shops such as Charlies Corvettes, CARS & Classics, etc. 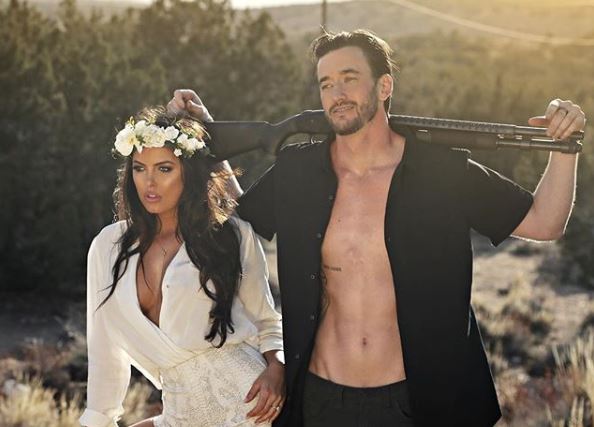 Constance Nunes is married to her long-time boyfriend Jared Toller on Feb 9, 2019. Yes I know, this may sound a little bit painful for all those single guys, but hey you can still binge-watch her on Netflix 😉 She wouldn’t mind admiring her on shows.

According to a few sources her Net worth is approx. $500k. She has worked tirelessly to achieve this landmark.