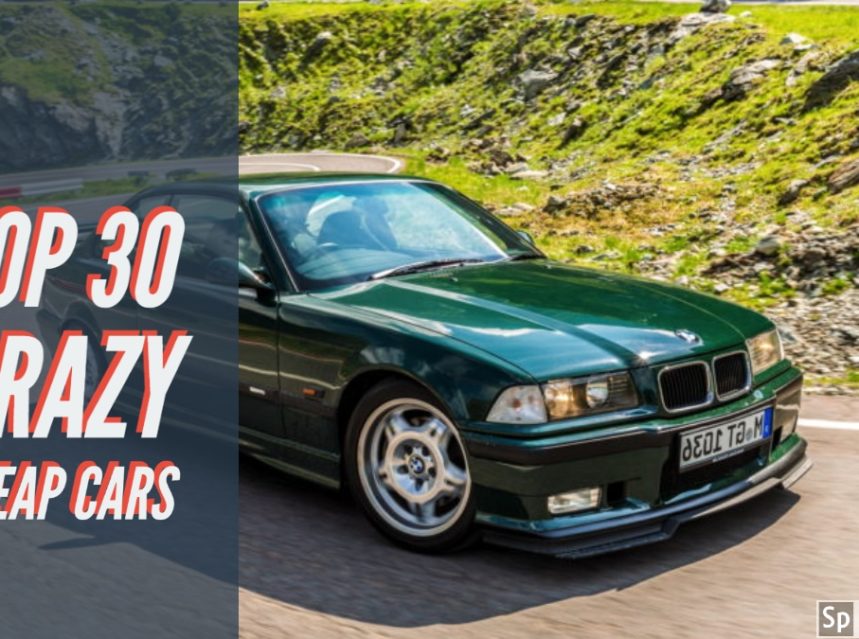 Owning a car is a necessity for a group of people but it’s a dream for many. In the present economy buying a car is a huge investment because it involves various costs such as down payment, monthly installments, and even car insurance premiums. Hence a lot of people do not get the option of owning a good car. Here we are showcasing 30 crazy cheap cars which are as low as $4k and let us remind you they are very successful cars in the market and have good consumer reviews about them. 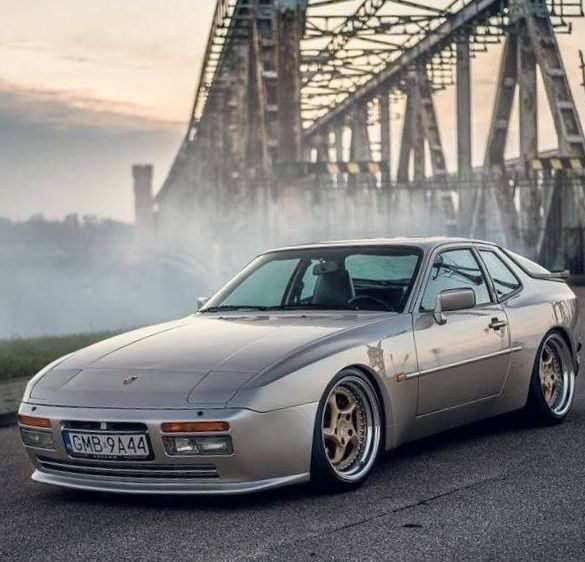 This Porsche was the result of a pilot project between Volkswagen and Porsche and that’s why this is quite different than other regular Porsche cars. Porsche 944 is one of the most popular and affordable classic sports cars having a price tag between the range of $5k to $8K. 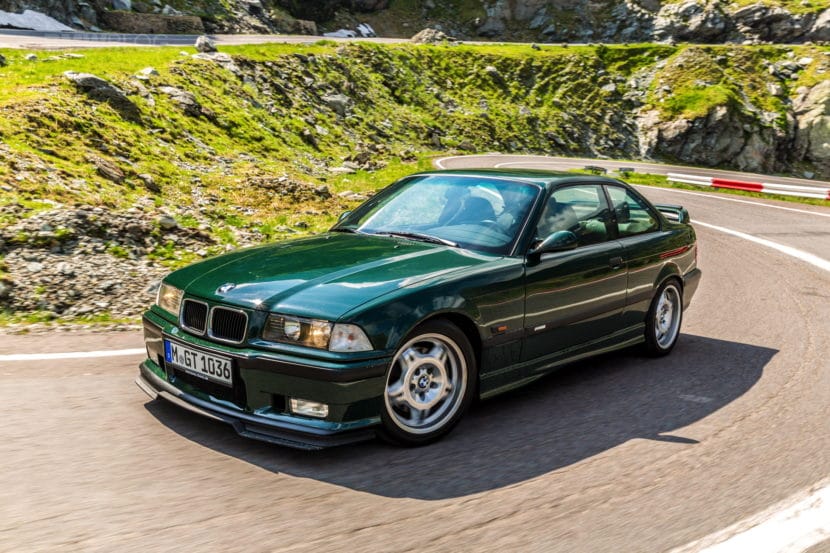 The BMW E36 is one of those cars which has price value going up due to decent performance and comfort. The BMW E36 shares various components and specs with its siblings E39 and It has proven the excellence of German Automotive Engineering. The E36 can fit in your daily needs of shopping as well as burning the asphalt on the race track.

The Nissan 350Z is the car that has beautiful engine sounds, enough engine power to take you on track with spectacular drift. Our List of Crazy Cheap Cars is incomplete without this beautiful sports car. 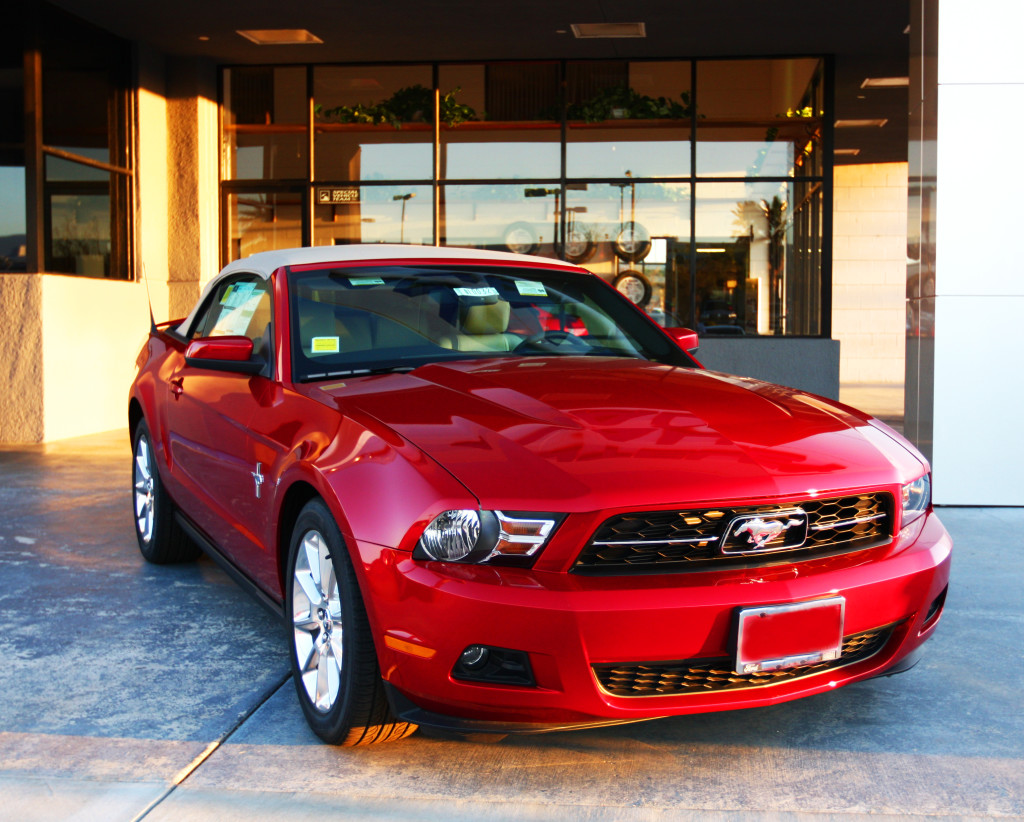 The S197 was the aftermath of various much-needed makeovers and changes in classic Mustang GT. The S197 Mustang GT became lighter with fiberglass and plastic parts but the muscle car appeal was amplified. Besides the easy availability of Mustang S197 Parts, the Brand Ford itself is one of the strong reasons to consider this Car as a reliable cheap car with crazy pricing range between $7K to $25K.

The Nissan 300ZX is the Underdog Car with screaming performance benchmarks of 90’s era and very few car enthusiasts may have noticed it. The Nissan 300ZX is a car which remarks the Japanese Race Culture in 90s. If you’re lucky, you may get this beautiful beast in less than $8K. 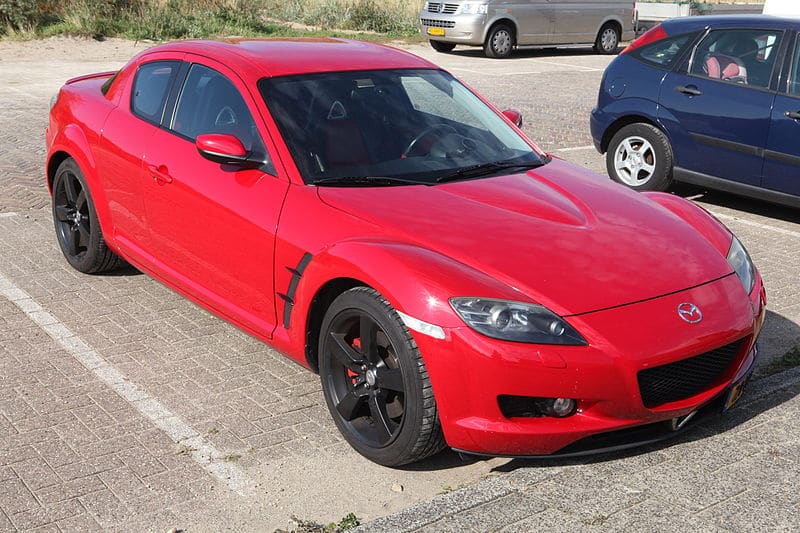 The Mazda RX-8 is a car famous for various reasons. Some people find it very difficult to maintain because of Rotary Engine but let us tell you, this car very specific performance metrics and that’s why it’s called a perfect cheap car with an affordable price tag. In Craiglist, you can find various RX-8s being listed as low as $8K. 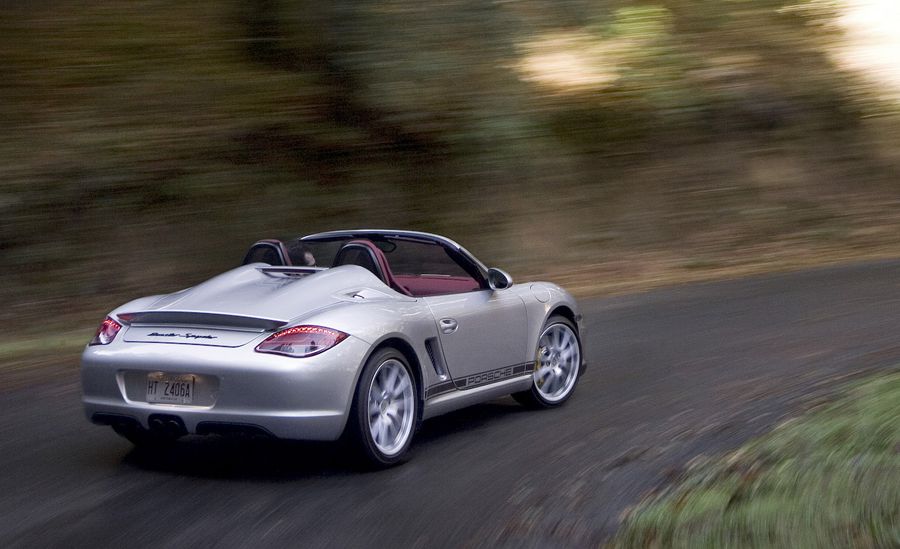 If you want to own a Porsche without burning your pocket with a big hole, The Porsche Boxster (986) is a perfect choice. This Boxster is a perfect candidate to be included in the Crazy Cheap Cars list because of its astonishing price starting from $9K. 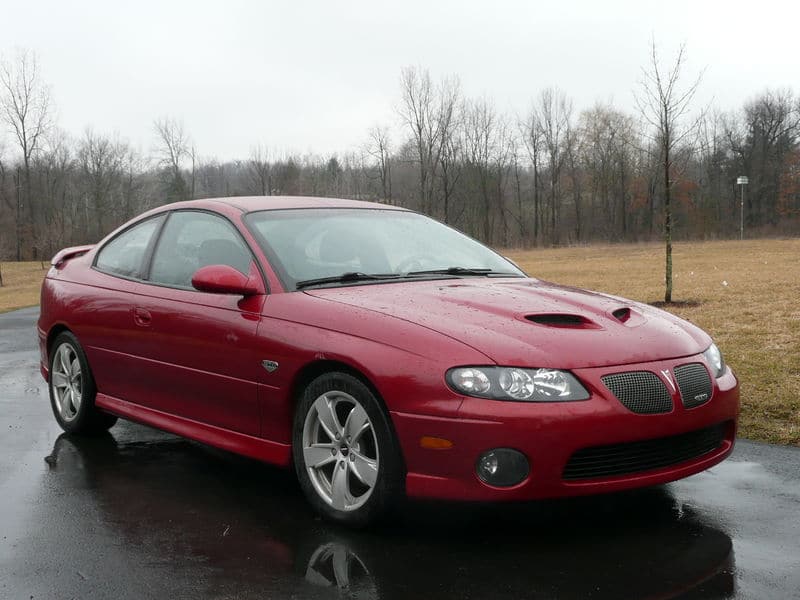 Before going defunct, Pontiac gave one of it’s most powerful Pontiac Sports cars with a crazy price tag of as low as $10K. The Pontiac GTO shares lots of specs with its sibling Chevy Corvette LS2 and that’s why it’s also called people’s affordable Corvette. We wish the Pontiac to be back in the business to show us more variations of GTO. 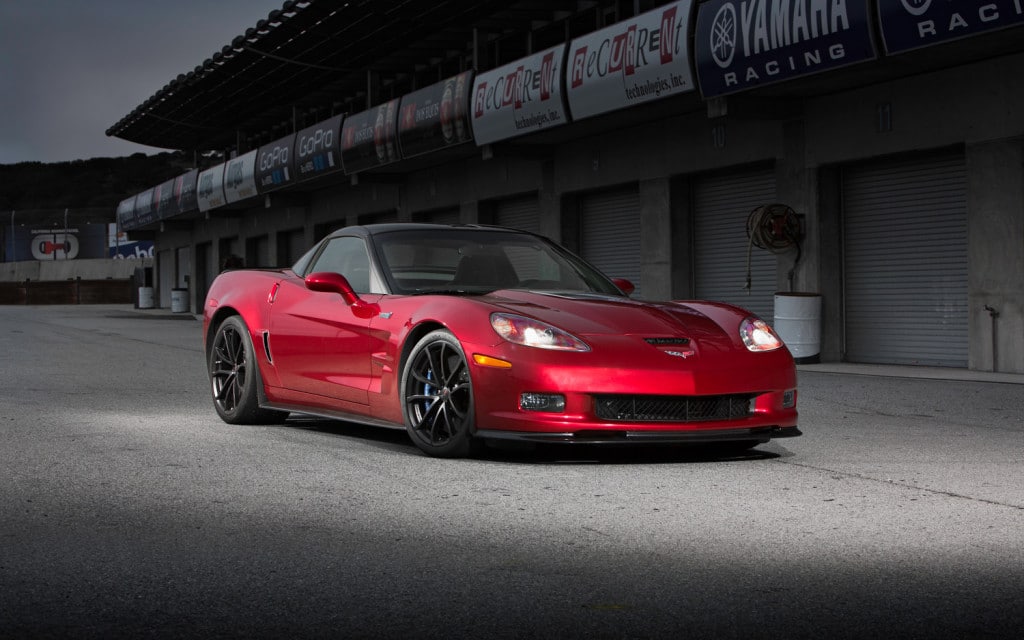 The Chevrolet Corvette C4 is a car of the 1990s and it’s always being appreciated for the LS Engine and signature look matching with the Coca Cola Bottle Shape. The Corvette C4 has inspired many car enthusiasts with its practical aerodynamic design philosophy and punching performance in 90’s era. In the current year, you can find a Corvette C4 as low as $10K. 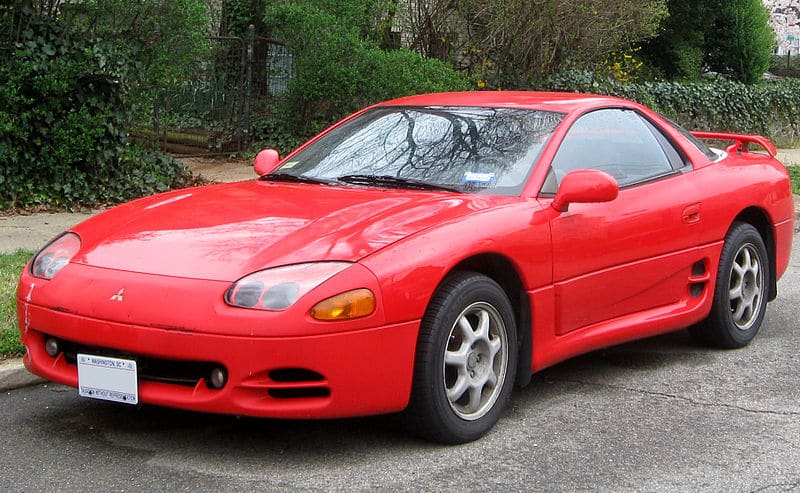 The Mitsubishi 3000GT/GTO is quite an underground legend among JDM enthusiasts of 90’s. This beast came with lot of new tech features such as Active Aero which were quite ahead of the time. Nonetheless, to say, the popularity of this car has made the 3000 GT to be a car with an affordable price tag and that’s why Mitsubishi 3000GT fits perfectly into our Crazy Cheap Cars List. 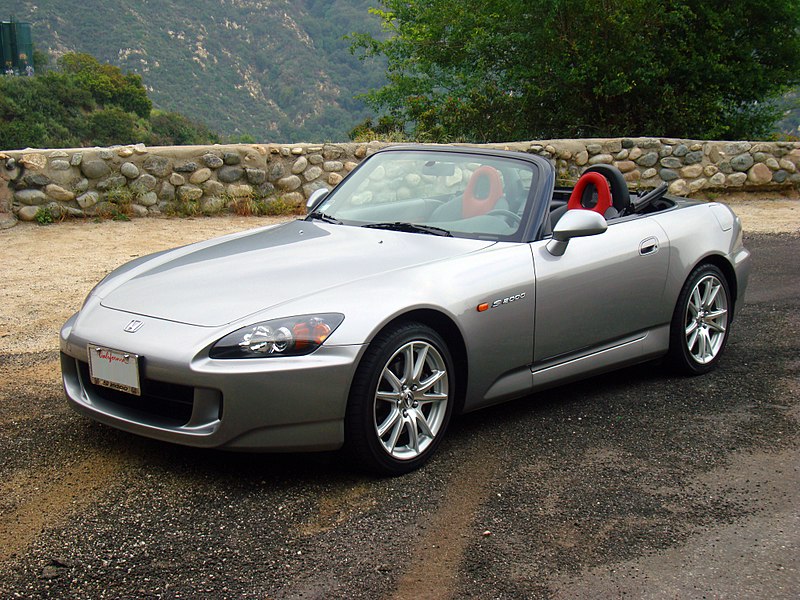 The Honda S2000 is one of those sportscars which are popular for their crisp engine tuning, wider body, and reliability. You can get this JDM in an affordable pricing range of $10K to $12K. 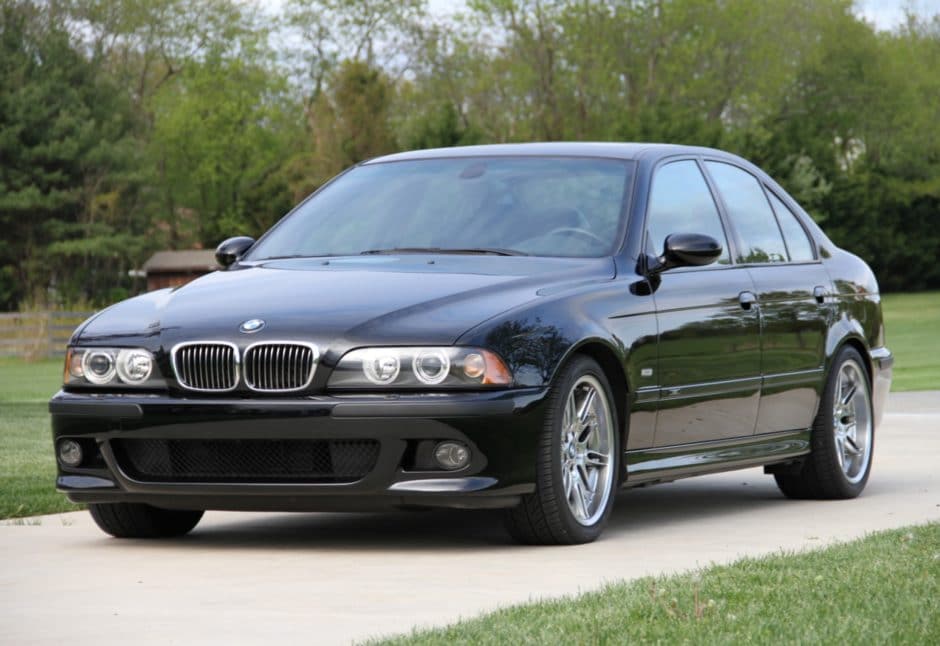 The BMW E39 M5 is a car with Muscles under the hood and opulent luxury inside the cabin. In the early 2000s this car proved very popular for its spacious interior and performance benchmarks. Though The M5 is available in less than $15K soon the prices may boost up. 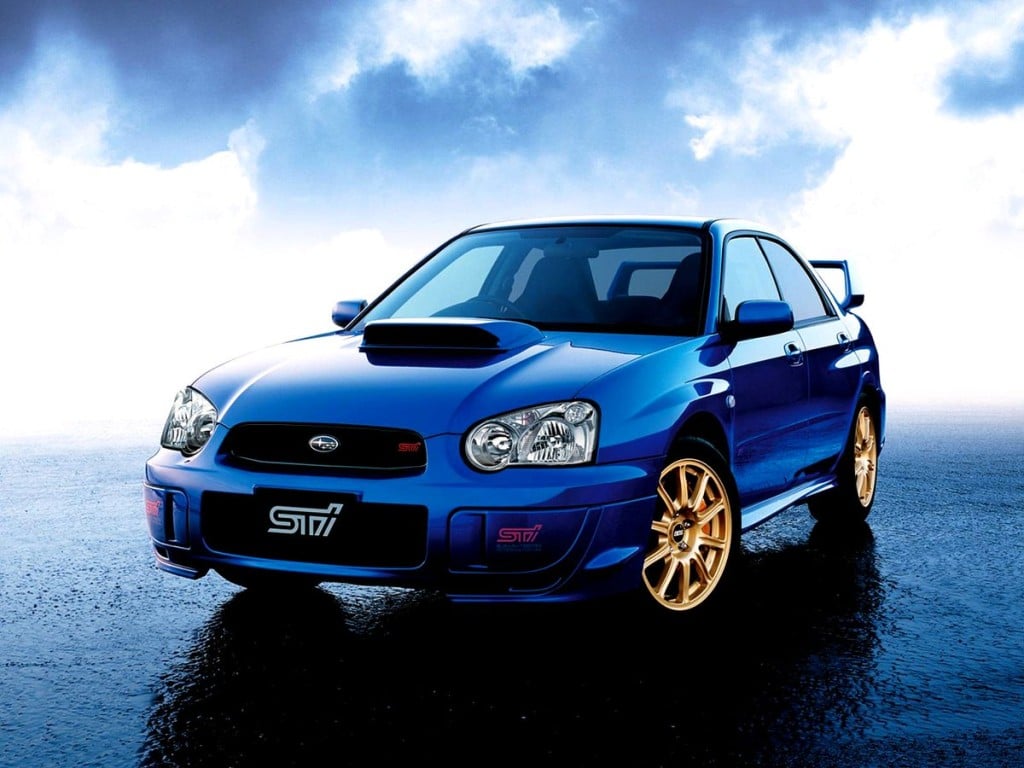 The 2nd Generation of Subaru WRX nicknamed as Bug-Eyed Subaru is quite characteristic in terms of features and performance. The 2nd gen. Subaru WRX resembles its 1st gen but has a lesser price and therefore it stands perfectly in our Crazy Cheap Cars List.

It is always said never to underestimate a car by just its look! Mazda Miata stands perfectly true on that saying because of it’s the perfect 50-50 weight distribution, Peppy engine performance to dominate amateur racing tracks.  Currently, you can easily get an early 2000s Miata (MX-5) in between $3K to $5K price tag. 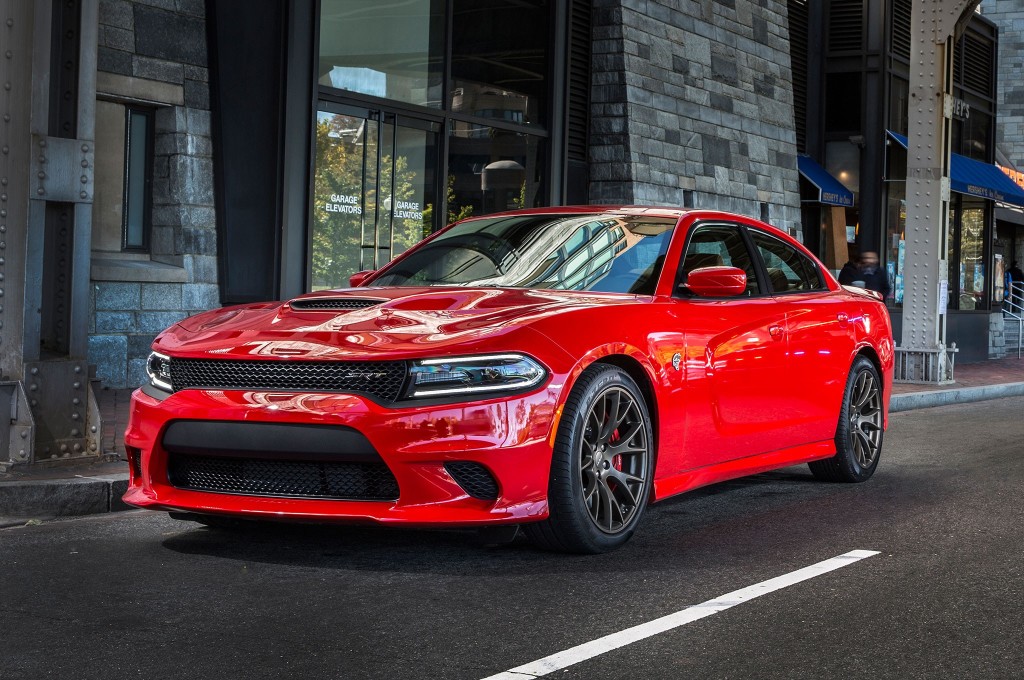 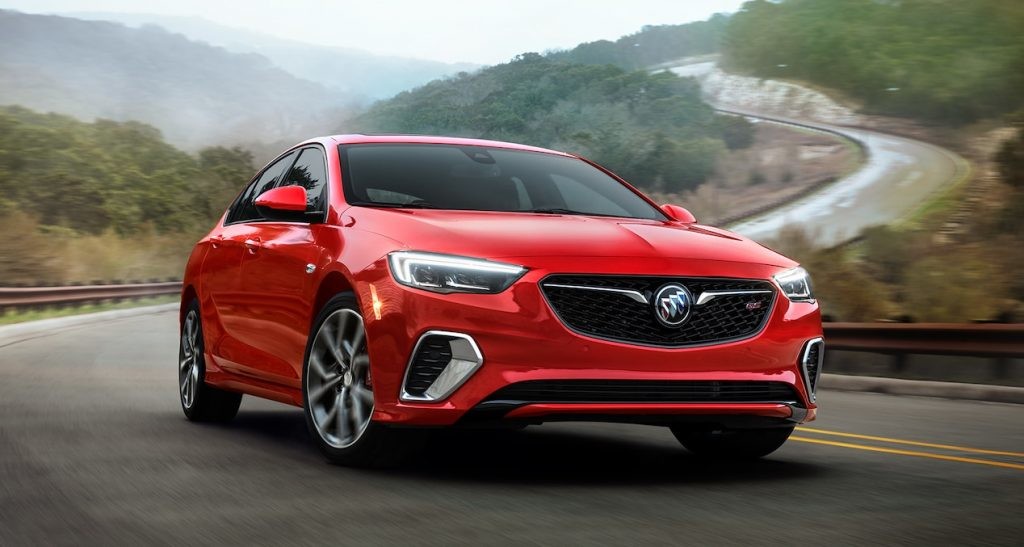 People may call Buick as an old man’s car but the recent models of Buick Regal have broken that stereotype. With new body grill and finish lines, the 2018 Buick Regal serves the purpose of a gentleman’s car. You can easily find a 2018 Buick in the pricing range of $20k to $23K. 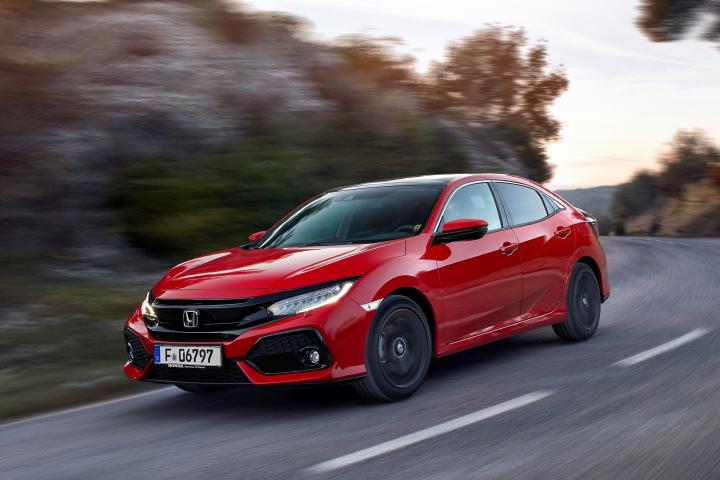 The Honda Civic is a car with mass popularity because of its performance, reliability & easy accessibility of parts. If you’re looking for a car with almost zero maintenance cost and comfortable car-owning experience, you may choose the 2020 Honda Civic starting from $20K. 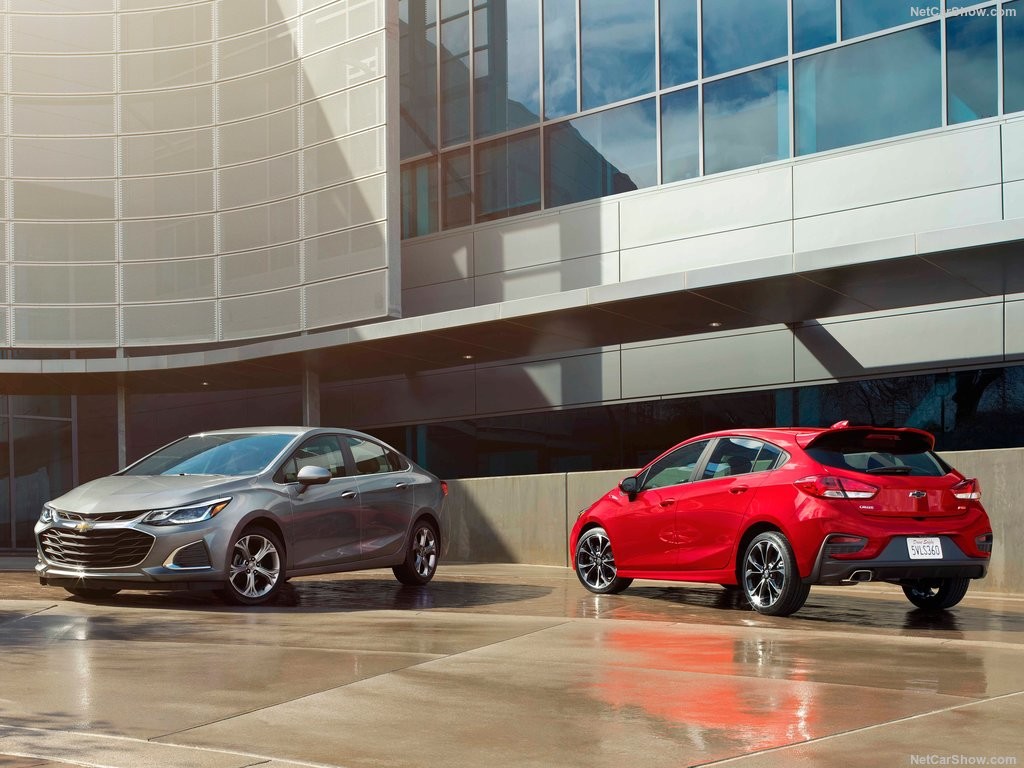 Chevrolet is a popular brand not only in Supercars Market but in an Average Car’s market. The 2019 Chevrolet Cruz has been quite a perfect car for a daily commute with minimum maintenance cost. Furthermore, the reliability of Cruz has made the Chevrolet be a perfect car to begin car ownership experience. 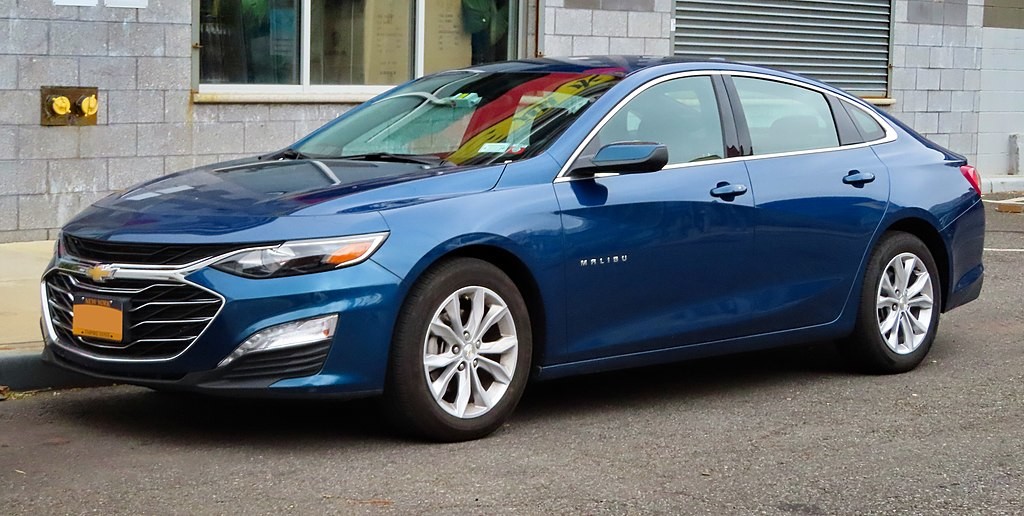 The Chevrolet Malibu has changed quite a big stereotype about General Motors such as Reliability. The Chevy Malibu has proved to be a car with better daily commute performance. Furthermore, the Malibu has seen quite a big makeover in its look for mass appeal.  You can easily find a 2019 Malibu in a price range of $18K to $19K. 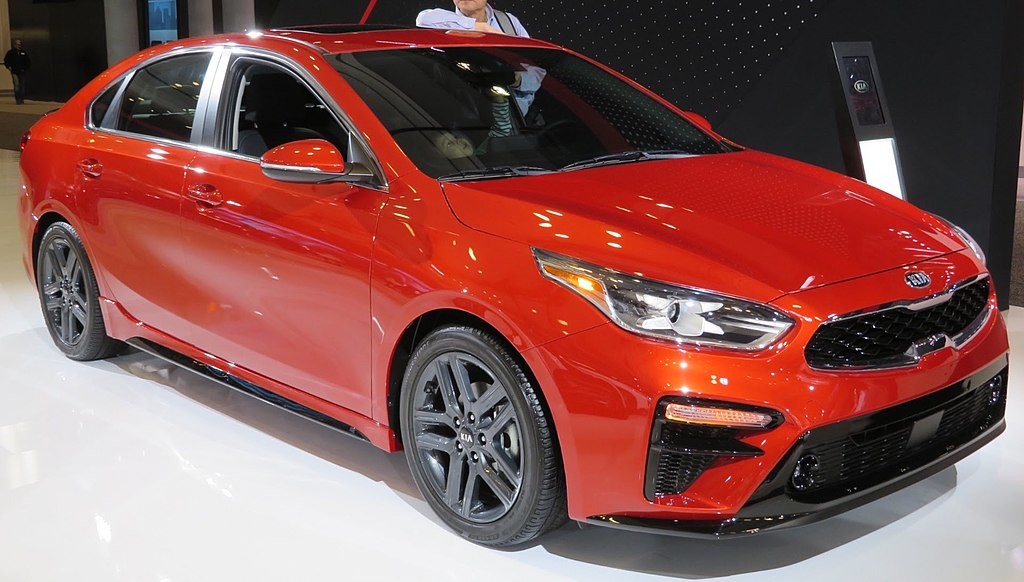 Kia is the brand many often forget about while considering modern cars, however, this has been changing recently. By introducing 2020 Forte, Kia has forced everyone to reconsider their opinions about Kia Brand. The new 2020 Kia Forte not only packs good punching underhood performance but it gives tough competition to the major rivals such as Toyota and Honda in terms of looks. 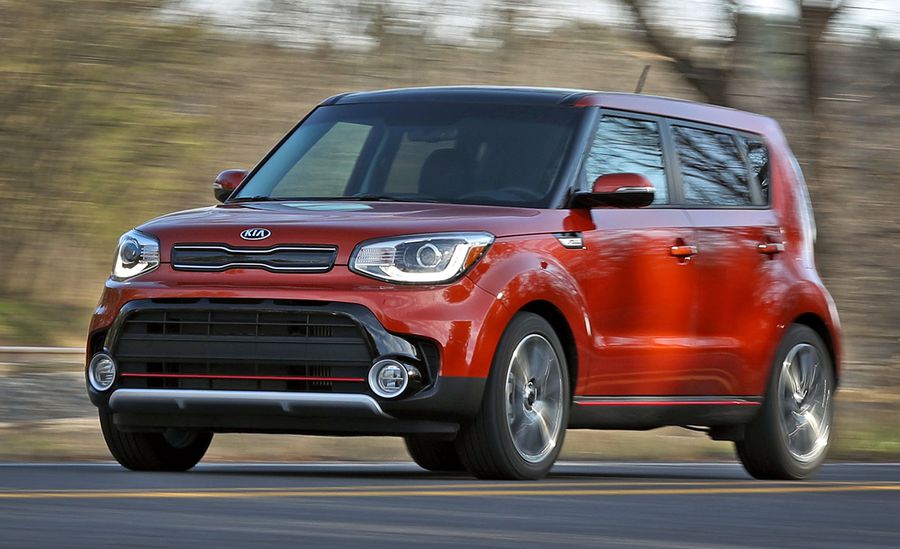 As we just now said, Kia has managed to bring back it’s reliability by introducing some of the best hatchbacks equipped with fuel efficiency, lesser maintenance cost and the Kia Soul is perfect example of this. As of now, you can own a 2020 Kia Soul in $18K. 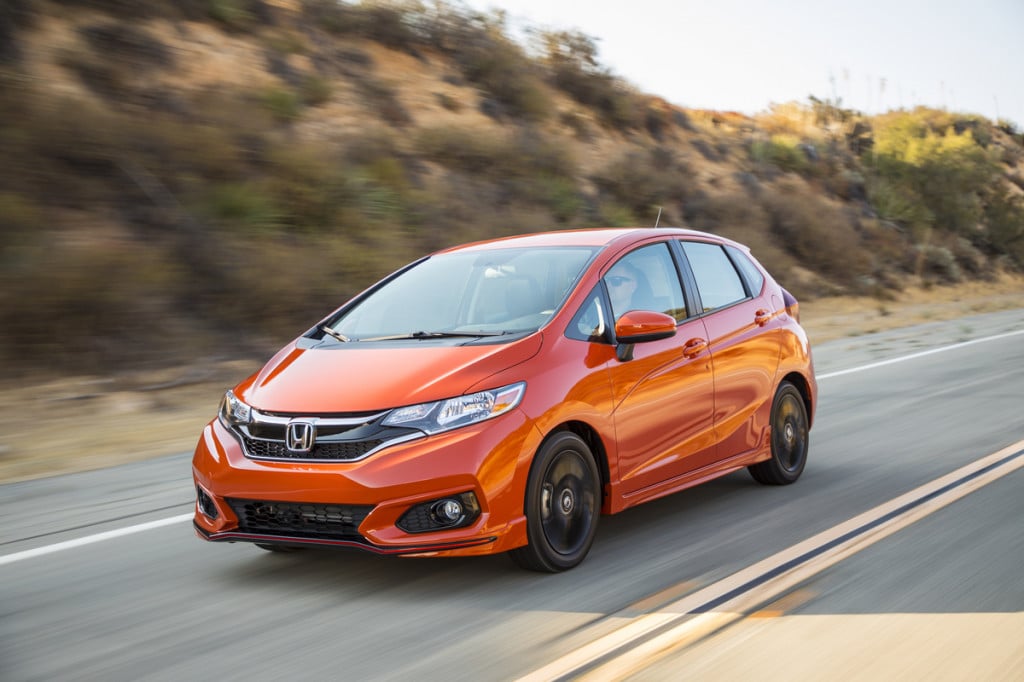 Honda Fit is a hatchback with performance and appealing look like a Civic. The reliability and easy availability of the components and parts make this car as one of the suitable crazy cheap cars without compromise on quality. 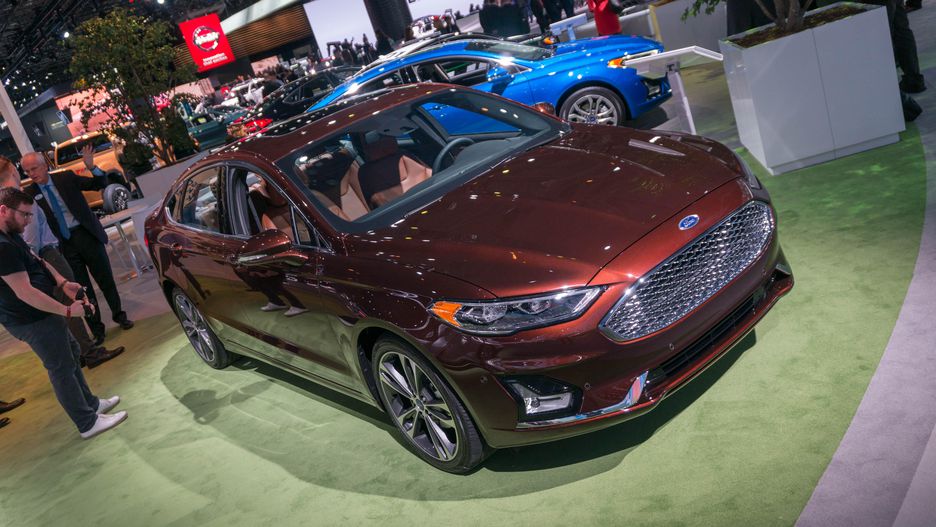 Ford has seen many ups and downs in terms of their vehicle’s quality but finally they have managed to showcase a hybrid car with ease of driving and lesser maintenance cost. The Ford Fusion Hybrid is truly a car with fuel efficiency and a better driving experience. As of now, you can own a 2019 Fusion Hybrid in approx. $16K. 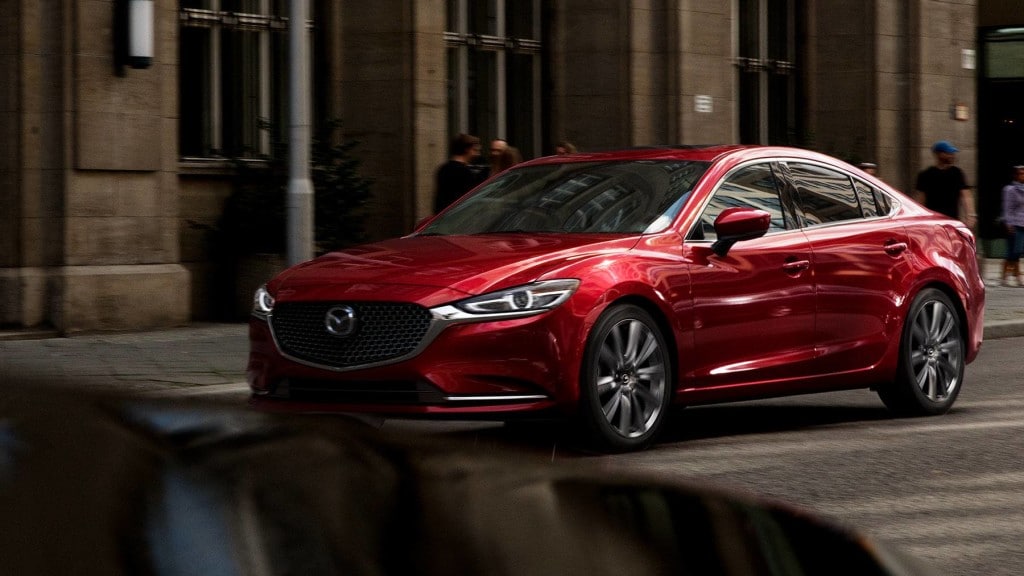 The Mazda 6 is the result of learnings from their previous lessons. Mazda understood the competition and it brought the best of technology and safety features into their Mazda 6. It not only proved good in performance but showed good ownership experience among its buyers. A 2017 Mazda 6 can be spotted on various car selling sites in less than $17K. 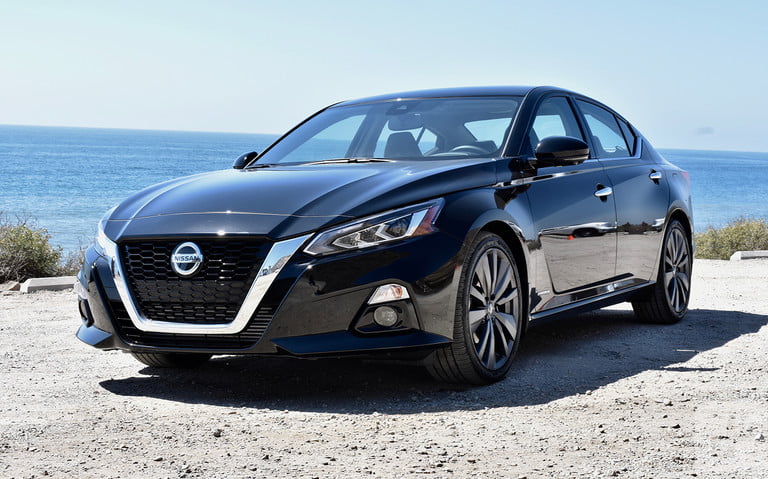 Nissan had been suffering from their CVT transmissions failure before 2019 years but thankfully they have overcome that problem by introducing fine-tuned quality components and parts of CVT which make their vehicles more reliable and the Altima is no further different. A 2019 Nissan Altima can be found in approx. $16K. 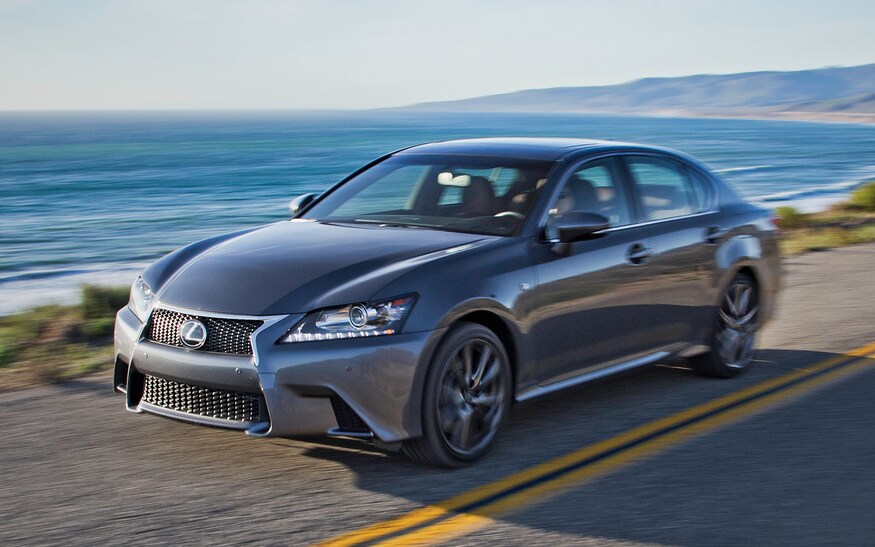 The Lexus has been a brand with quality and reliability inherited from its parent brand Toyota. It’s an executive sedan with good number of features. As a matter of fact, even the older Lexus cars have been giving good competition to today’s cars. A 2013 Lexus GS-Series may cost approx. $15K 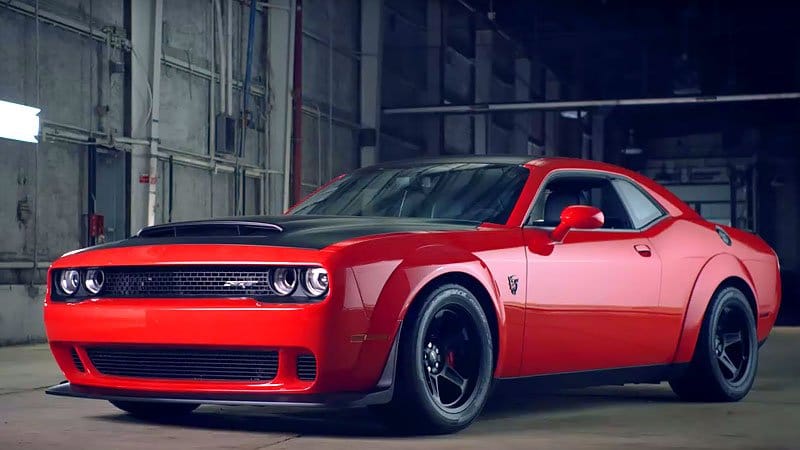 Dodge has been always a big known brand because of its muscle cars. Their muscles cars have always proven to be good in performance and lesser cost of maintenance is another benefit on it.  The 2014 Dodge Challenger is one of such cars that clearly defines the characteristics of a Crazy Cheap Car with better quality. You can own a 2014 Challenger in less than $15K but the prices may go up because of their popularity. 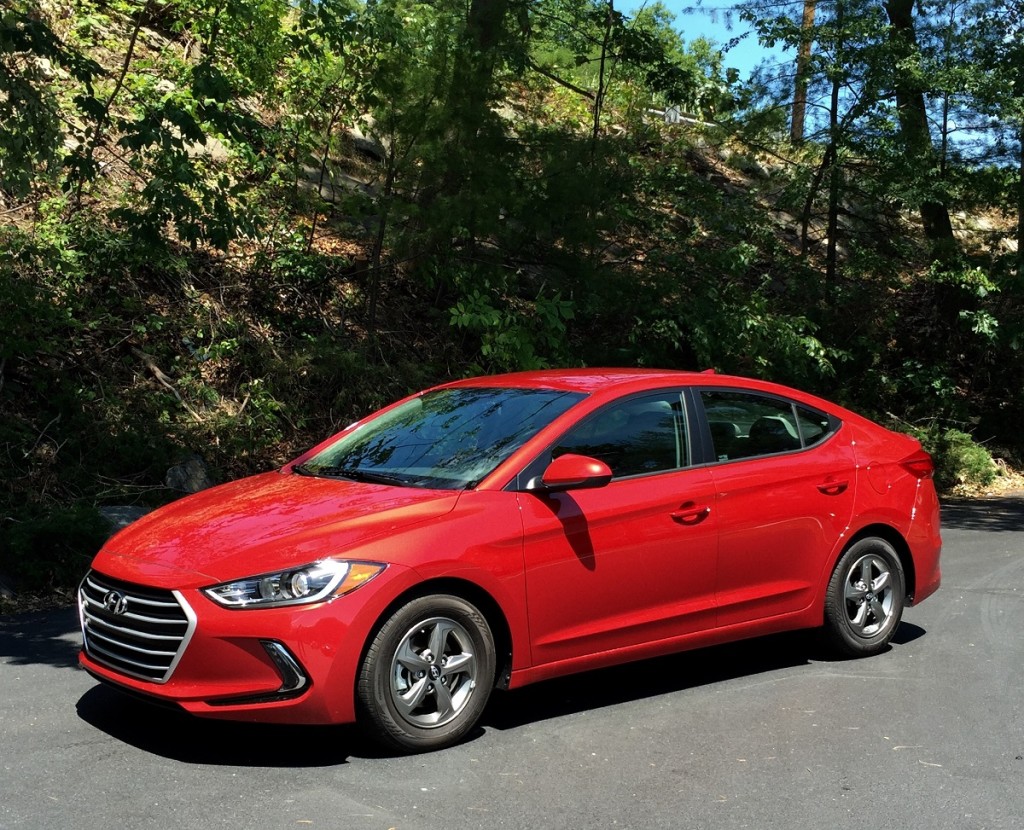 The Hyundai has always been an underdog among its rivals such as Honda and Toyota but it cannot be neglected. Thanks to their new upcoming car models, they have been integrating quite good features and specs under the hood which provides better fuel efficiency and lower cost of maintenance. The 2018 Hyundai Elantra Eco serves true on the parameters and it can be spotted in approx. $12K 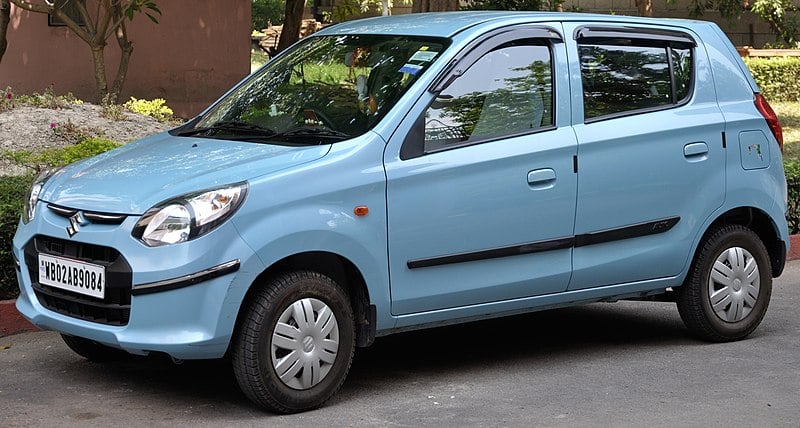 This car may look very outdated or even sub-quality level but that’s not the case. This hatchback has been darling of Indian Subcontinent and Asian Nations. It has been a leading Car model in the last 10 years in Asian Market. Besides some basic features, this car is known for zero maintenance and can take you up for long drives as well. If you are looking for just a simple and easy ride you can find such hatchback in approx. $3K to $4k. The Maruti Suzuki Alto is also known as Maruti Suzuki 800 in many markets.

So that was the list of 30 Crazy Cheap Cars with Price Range from $4K to $25K. if we’ve missed any car, let us know in the comment section.

3. How to Charge Car Battery?